I first learned of Sager and found my reseller Powernotebooks here. I've had the laptop since August, and when it first came from overseas, I live in the Middle East the power brick fried after 10 hours, which was immensely annoying since I had to order and pay for a new one and wait for weeks for delivery.

Then the magnitude of the M throttling issue became painfully evident. I decided to weather it through because ordering an Nvidia M and shipping it was out of the question.

I'm glad to report that with the latest Framerates have doubled to tripled in DX settings. I hadn't tried any of the drivers after the stock Sager ones because of the stability issues I heard, so I upgraded from stock to Anyway, none of the above is a review of Sager's product because lets face it, the components are the same everywhere and even Sager NP9170 THX TruStudio Audio brands, performance rates remain tightly grouped.

This is why I wanted to wait for 5 months before reviewing the Sager NP9170 THX TruStudio Audio to see how it will age with regular use and what niggles will arise. I would say my technical background pertaining to computers comparative to this forum at least is intermediate. Design and Aesthetics Very subjective of course but I, like many can't be seen with laptops that look Sager NP9170 THX TruStudio Audio they belong to a 14 year old, so at the time of purchase Sager stood alone as a brand that marketed high end components in a timid shell.

It is much more compact looking and feeling than I thought it would be, which was welcome. I like its angular design and in a strange probably unintended way it's a throwback to the premium futuristic industrial designs of the late 80s era.

The shiny reflective bezel around the screen was a major disappointment because it cheapened the look of the Sager NP9170 THX TruStudio Audio appliance and contrasted with everything else that was matte. A lot could have been done to make the looks less boring and formulaic yet maintaining the "Seriousness" of the design, Sager NP9170 THX TruStudio Audio alas that's what you're "supposedly" saving money on when not buying an AW. Where the laptop falls short is the screen compartment, the two hinges feel flimsy and you certainly wouldn't risk carrying the laptop by a corner of the screen one time too many.

When the lid is closed, I soon found that if I wish to carry it with one hand, I must clasp it at the trackpad side and not the screen hinges side, because the plastic between them cracks ominously as if something came out of place when you squeeze lightly, and snaps back into position when you relax your grip. I have a CoolerMaster U3 pad and the punched-out metal surface has caused some of the balance plastic feet to chip slightly.

The shiny bezel below the screen started showing weird plastic rot spots after a few months. They can't be wiped away but they're not that easy to notice. 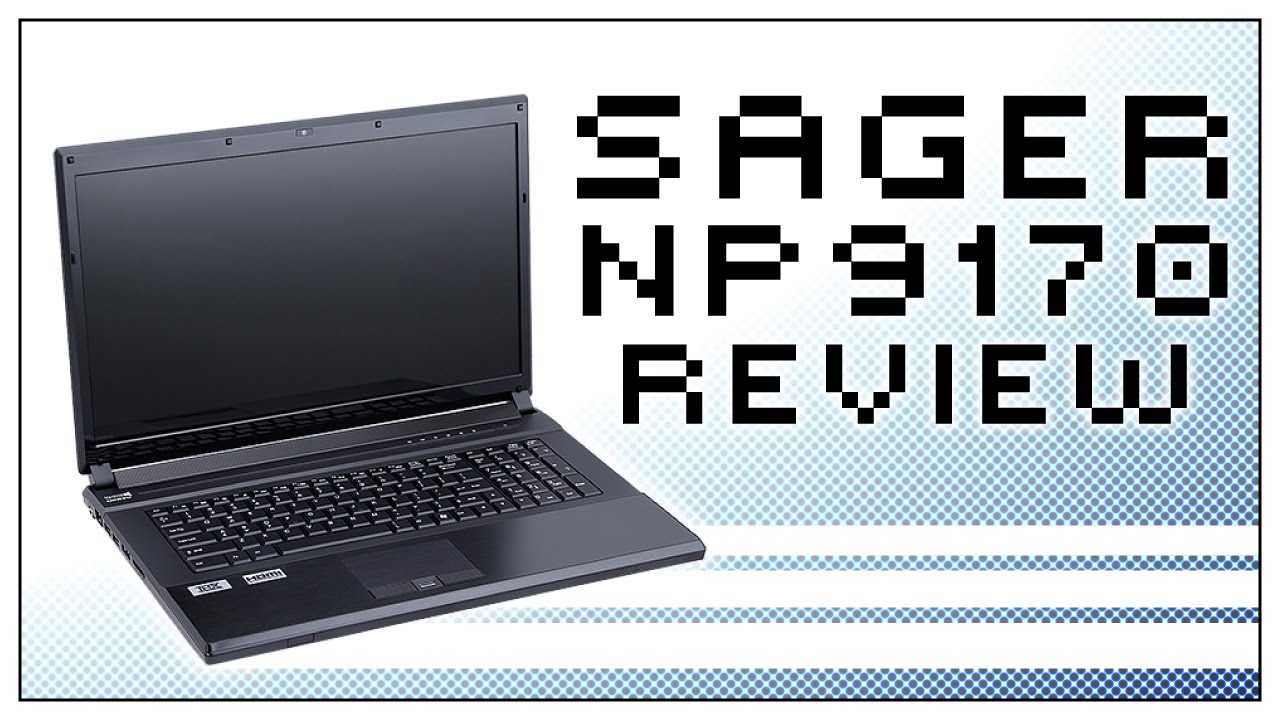 The grainy black plastic parts get dirty easy and are hard to wipe on the dry, which is a niggle. They should have chosen a slit-design.

The power cable plugs into the middle of the back, which makes it very easy for it to get unplugged, and restricts movement if on lap. To make matters worse, the cable supplied has plug that is no deeper than 8 mm, Sager NP9170 THX TruStudio Audio means that it does unplug very very often. It's impossible to lay down with the laptop on you and work on it unless you remain perfectly still.

You better have a low desk and an electrical outlet within 1 meter of the desk or else some wire is going to be awkwardly yanked with the power brick placed on the desk. I have started using computers in and have personally Sager NP9170 THX TruStudio Audio no less than 20 different keyboards from the very cheap to the flagship premium, I've never seen anything this bad neither mobile nor desktop.

There is a discernible keystroke lag, and to make matters worse it's inconsistent, so some stroke are fine, some strokes are very laggy, and some somewhere in between, your typing speed becomes a very counter-intuitive thing to manage and you end Sager NP9170 THX TruStudio Audio pressing many keys twice.

Obviously very bad hardware. Many have reported this issue and the lag issue.

For me it's the H and T, that almost never get typed unless you purposefully stomp Sager NP9170 THX TruStudio Audio, followed by the I, P, V, Z which get typed most of the time. For others it's other keys. I got so desperate I tried a suggestion by someone that the keyboard needs to be "broken in" by using it heavily for a few weeks, again a concept about keyboards I had never heard before.